These talented music artists will be playing everything from Hip-Hop, Worship, Rap, Gospel, R&B and more. The culture and variety will be a great combination making us feel and know we are part of a local and global outreach that seeks to saves lives for Christ using the Gospel in spoken and music form.

With a passion for leading people into the presence of God, Monique has been leading worship since the age of 15.  Her hearts desire is to see the power of God move so strong, that people's lives are forever changed in His presence.  Where people will have an amazing encounter with God, that even in the midst of worship they will be healed from sicknesses, delivered from addictions and set free from bondages.  She has sung in several countries on missions trips.  She leads worship for church services, youth & college camps and services, rap concerts, conferences and special events.
​ 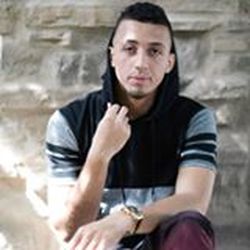 ​Collin Finley also known at Da Prodigy is a 24-year-old artist and youth pastor serving in the Orange County and Los Angeles area. Collin grew up in San Bernardino with his mother and 4 siblings.  After departing for an abusive step dad and fleeing to Palm Springs, Collin was invited to a church where he would give his life to Jesus at the age of 13. Shortly after, Collin’s ministry would be birthed as he taught in his middle school Christian club and began doing music with his youth group leaders.  At the age of 15, Collin dropped his first solo project entitled, Living In-Sanity. After high school Collin would move to Orange County to receive a degree in biblical theology. In 2013 Westminster Christian Assembly, the church he attended for 2 years, asked Collin if he would promote from being a youth leader, to being the youth pastor. Since high school, Collin has had the privilege of performing all over the southwest places including UCLA, Biola University, Arizona, San Diego and LA. Collin’s music is a relatable to many and spurs others on to faith in Jesus, through his personal testimony and struggle. Collin writes and performs music  directed to many youth, young adults and families. In the last 3 years, Collin has been heavily involved with Christian radio stations, poetry competitions, and public high school outreaches and clubs in the Orange County area, and in august of 2017 he married his high school sweet heart of 6 years.